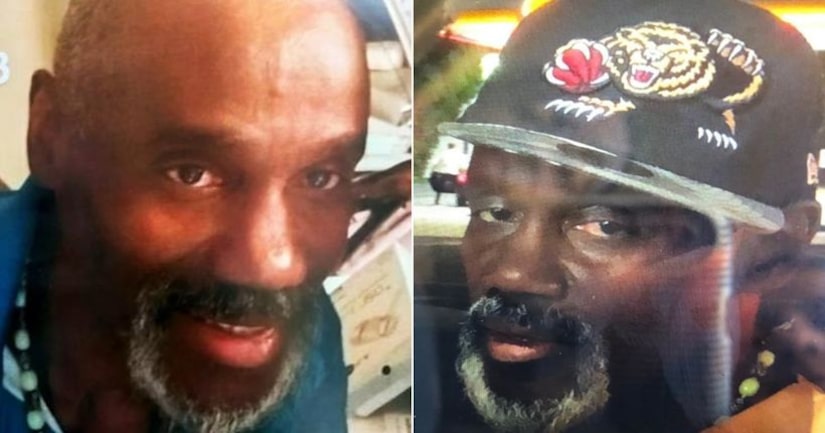 PASADENA, Calif. -- (KTLA) -- A 62-year-old South Los Angeles man with dementia who vanished more than a month ago after his twin brother's arrest was taken into custody Wednesday after being located in Pasadena, police said.

Officers found Douglas James when they responded to a report of a man sleeping in the lobby of a pediatric dental office in the 1100 block of East Green Street, Pasadena Police Department Lt. Bill Grisafe told KTLA on Thursday.

James was arrested on an outstanding warrant, the lieutenant said.

Los Angeles County inmate records showed James was booked Wednesday morning on a felony and is being held without bail.

Police did not release any details about the warrant.

James was reported missing after being dropped off by California Highway Patrol officers in West Carson — about 12 miles away from his home in the Florence area — on the night of Nov. 5 following his brother's arrest on suspicion of DUI.

FULL STORY: Dementia patient missing for weeks following his twin's DUI arrest is jailed after being found in Pasadena - KTLA