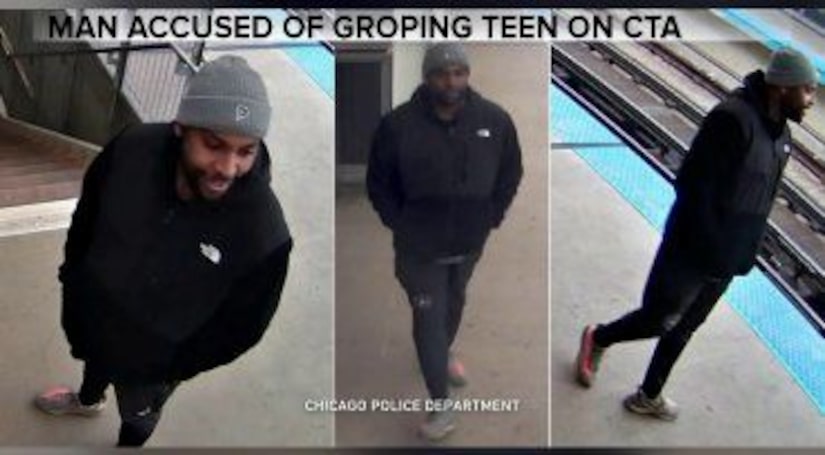 CHICAGO —- (WGN) -- Chicago police are looking for a man after a 16-year-old girl was groped on the Belmont Brown Line platform Saturday.

At around 8:45 a.m., police said the girl was on the southbound side waiting for a train when she was approached by a man asking for her phone number.

Shortly after, the train arrived and she got on. The man followed her and she noticed he was staring at her, police said.

The girl told police the man got up and sat next to her, putting his arm around her lower waist. She then reported he inappropriately touched her and held her against her will.

The girl was able to get away from him with the help of another passenger.

"Of course it's concerning we take extra precautions on the train especially if it's night time,” passenger Leia Calderon said.

The man then got off at the Quincy Brown Line stop.