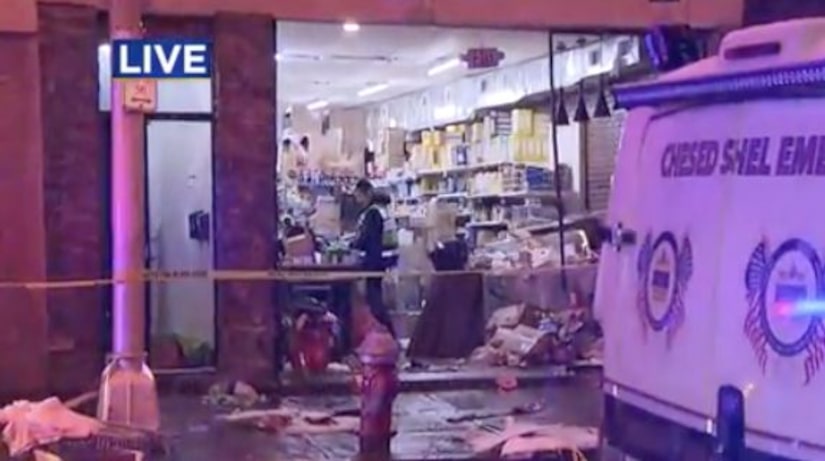 JERSEY CITY, N.J. -- (KTLA) -- The mayor of a New Jersey city said Wednesday that gunmen targeted a kosher market during a shooting that killed six people.

The furious shooting filled the streets of Jersey City with the sounds of heavy gunfire for hours Tuesday just across the Hudson River from New York City. A police officer, three bystanders and two suspects all died.

Jersey City Police Chief Michael Kelly said the officer was trying to stop some “bad guys” near a cemetery. The gunmen then drove a stolen rental van to another part of the city and engaged police in a lengthy shootout from inside the kosher market.

Jersey City Mayor Steven Fulop said in a tweet Wednesday morning that a review of security cameras show that the gunmen targeted the market...

The slain officer, Detective Joseph Seals, 40, was credited by his superiors with having led the department in the number of illegal guns removed from the streets in recent years, and might have been trying to stop an incident involving such weapons when he was cut down by gunfire that erupted near a cemetery, authorities said.