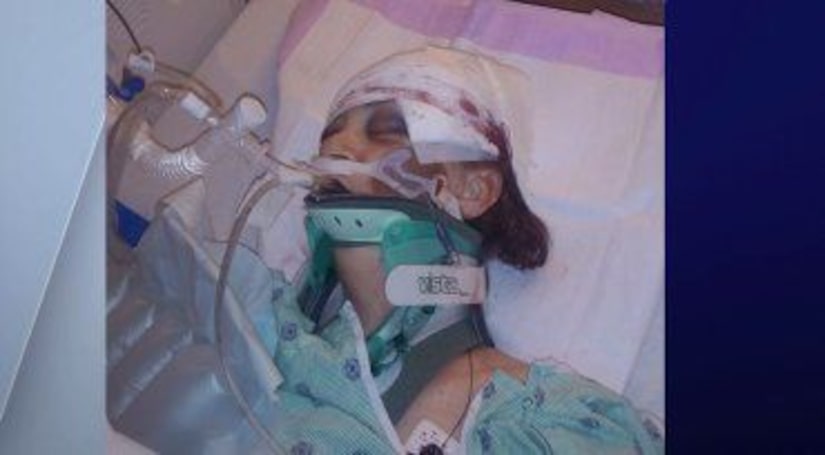 Police said a woman, later identified as Nancy Ezell, 63, from Zion, was struck and dragged by an older model gray four-door sedan. The vehicle had a partial license plate number of AEZ.

Police said an African American male and a white female were spotted inside the vehicle. It was later found abandoned.

Family told WGN the suspects were having sex inside the vehicle parked in Ezell's driveway. When she went to get their license plate, family said the driver put the vehicle in reverse and drove over Ezell, dragging her.

Ezell was transported via medical helicopter to Advocate Condell Medical Center in Libertyville with serious injuries.