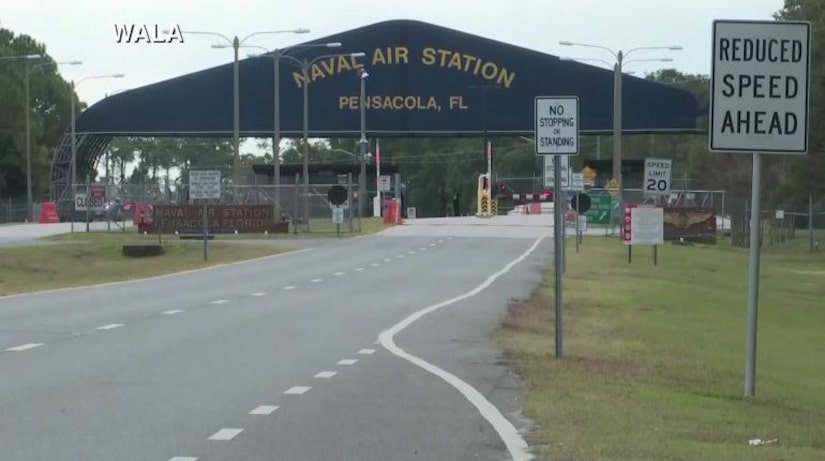 PENSACOLA, Fla. -- (KTLA) -- The Saudi gunman who killed three people at the Pensacola naval base had apparently gone on Twitter shortly before the shooting to blast U.S. support of Israel and accuse America of being anti-Muslim, a U.S. official said Sunday as the FBI confirmed it is operating on the assumption the attack was an act of terrorism.

Investigators are also trying to establish whether the killer, 2nd Lt. Mohammed Alshamrani, 21, of the Royal Saudi Air Force, acted alone or was part of a larger plot.

Alshamrani, who was killed by a sheriff's deputy during the rampage at a classroom building Friday, was undergoing flight training at Pensacola, where members of foreign militaries routinely receive instruction.

“We are, as we do in most active-shooter investigations, work with the presumption that this was an act of terrorism,” said Rachel J. Rojas, the special agent in charge of the FBI's office in Jacksonville.