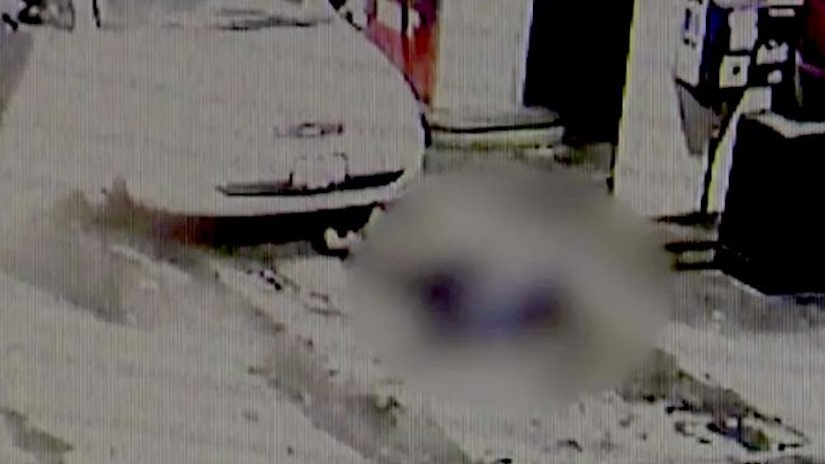 LOS ANGELES -- (KTLA) -- Detectives are searching for suspects in the death of a 62-year-old man dragged 13 blocks after being struck by three different hit-and-run drivers in West Adams on Thanksgiving.

Jihad Muhammad was on foot on Adams Boulevard near West View Street when the first car hit him around 8:40 p.m., the Los Angeles Police Department said in a news release.

The white sedan, possibly an Audi A5, was headed east on Adams when it slammed into Muhammad, who was standing in the road outside of a crosswalk, investigators said. Surveillance video shows the car briefly pulled to the side of the road before continuing east.

The second car ran over Muhammad seconds later as he lie motionless in the street. That vehicle was possibly a white Cadillac Seville, police said.

Minutes later, a bystander spotted the body and stopped to call 911 when Muhammad was struck by the third car, possibly a white or gray Ford Focus.

Muhammad became lodged under the vehicle, which drove east down Adams Boulevard nearly a mile before pulling into the Thrifty gas station at the intersection with Crenshaw Boulevard, according to LAPD.