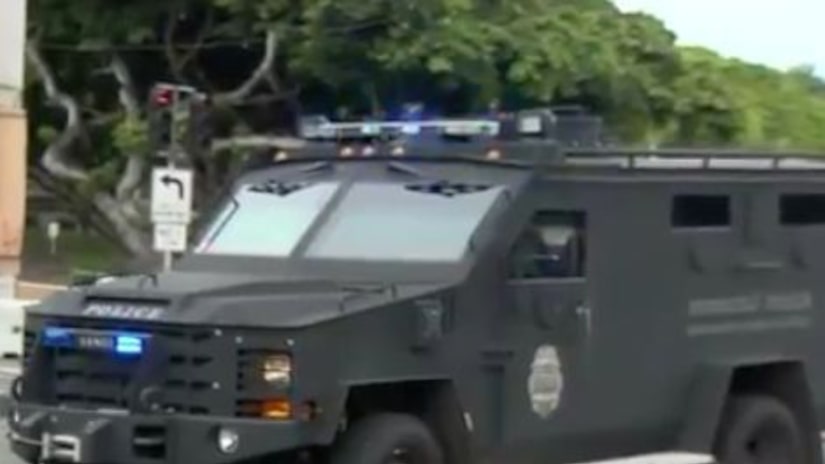 PEARL HARBOR, Hi. -- (KTLA) -- An active duty U.S. sailor whose submarine was docked at Pearl Harbor opened fire on three civilian employees Wednesday, killing two and then taking his own life just days before dignitaries and veterans descend on the base for the 78th anniversary of the Japanese attack.

The commander of Navy Region Hawaii, Rear Adm. Robert Chadwick, said he didn't know the motive behind the shooting at the Hawaii base's naval shipyard that left the third civilian Department of Defense employee hospitalized.

It also wasn't known if the sailor and the three male civilians had any type of relationship, or what the motive was for the shooting, Chadwick said.

“We have no indication yet whether they were targeted or if it was a random shooting,” Chadwick said.

The sailor was assigned to the fast attack submarine USS Columbia, which is at Joint Base Pearl Harbor-Hickam for maintenance. Details about the sailor were not immediately released.

It wasn't immediately known what type of weapon was used or how many shots were fired. Chadwick said that was part of the investigation. Personal weapons are not allowed on base.

FULL STORY: Sailor kills 2 then himself in shooting at Pearl Harbor shipyard - KTLA