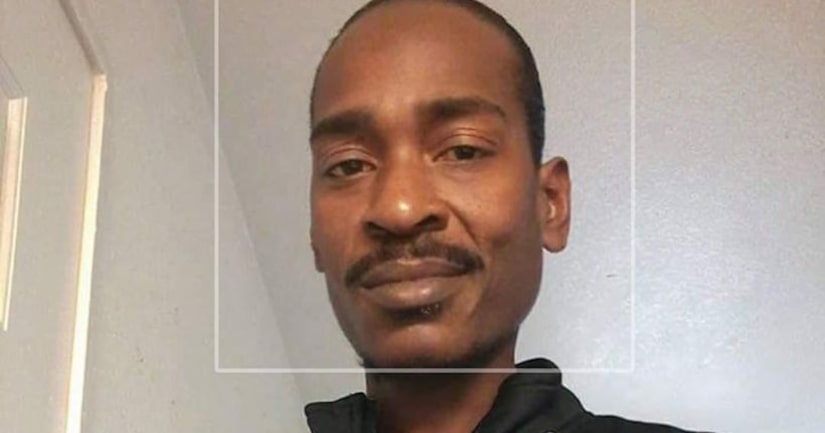 HESPERIA, Calif. -- (KTLA) -- A pair of assailants is on the loose after fatally shooting a man outside his home in Hesperia, the victim's family said Tuesday.

San Bernardino County sheriff's deputies responded to the the scene in the 16500 block of Smoke Street at around 6:30 p.m. Monday. Video shows officers surrounding a body in the middle of the street near Hesperia Road.

That person's family later identified him as James Curtis Hampton, a 39-year-old father of three who had been battling prostate cancer for five years.

The Monday evening incident unfolded when two vehicles pulled up outside, family members said. Two people exited the vehicles and demanded the victim's rooommate, who was outside with his girlfriend, to let them inside the residence, according to Hampton's family.

Hampton, who was inside with his 16-year-old son, tried but failed to stop the intruders from entering, the victim's family said. The assailants then grabbed Hampton, shot him, and left him in the street, the family told KTLA.

Authorities have not released any information on the incident, but family members said investigators are questioning Hampton's roommate.

FULL STORY: Father of 3 shot outside home in Hesperia; family asks those responsible to turn themselves in - KTLA