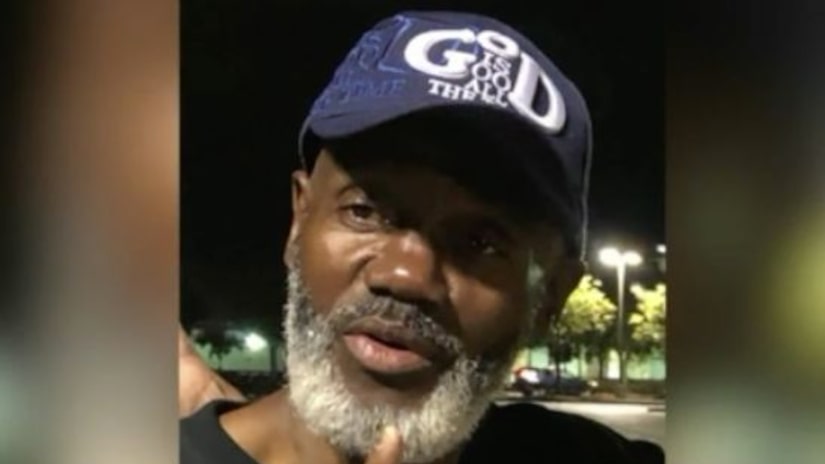 CARSON, Calif. -- (KTLA) -- The family of a South Los Angeles man with dementia missing since early this month, when officers dropped him off nearly 12 miles away from his home after his twin brother's DUI arrest, on Thursday called on authorities to do more to find the 62-year-old.

Douglas James and his small dog, Teddy Bear, were riding in the passenger seat when his brother, Donald James, was pulled over by officers on the southbound 110 Freeway in Carson around 9:45 p.m. Nov. 5, California Highway Patrol said in a news release.

Officers took Donald James to the CHP station on Hamilton Avenue, where he was held about 10 minutes before being cited and ordered to appear in court in February, according to the family's attorney, Mark Ravis.

Donald says CHP then drove him home to the apartment he shares with his twin on the 8200 block of Main Street in Florence. When he arrived, he says he was shocked his brother and dog were nowhere to be found — the officers had promised the pair would be driven home.

FULL STORY: Dementia patient dropped off by CHP in Carson after his twin's DUI arrest has been missing for weeks - KTLA