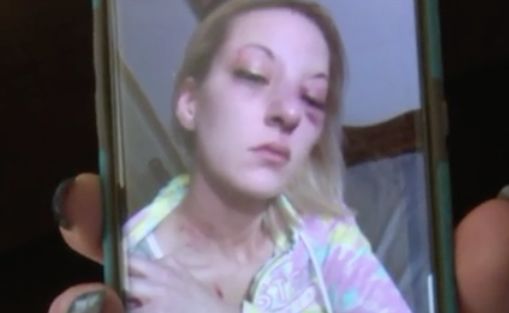 WHNT
WHNT - "Porter had been dating Coble’s son until they broke up in May. She told WHNT News 19 tensions rose between her and Coble after the breakup."

SCOTTSBORO, Ala. -- (WHNT) -- The victim of an alleged assault at her workplace is filing charges against the owner of The Pond restaurant in Scottsboro.

Porter says she has two black eyes and scratches on her chest.

“I went to the hospital to make sure nothing was broken or anything like that. The next day I had to go to the eye doctor. They said my retina was bruised and my eye was so swollen that they couldn’t even get in it to look at it,” said Porter.

Porter told WHNT News 19 that around 11:30 p.m. on November 7, she was at work after hours at The Pond. She said she was hanging out with coworkers and one of the restaurant owners, Candi Coble.

Porter said she and Coble were drinking while Porter was preparing to submit a liquor order for the restaurant online.