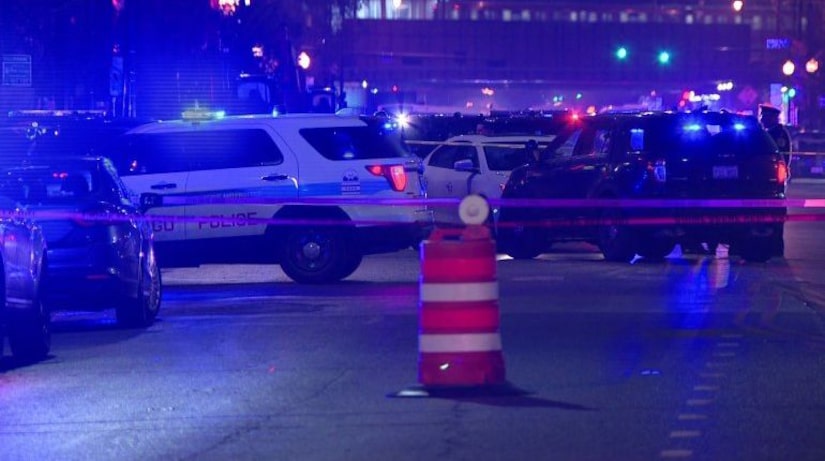 CHICAGO —- (WGN) -- A Chicago police officer was shot in the head during a shootout on the city's Northwest Side that left a suspect dead and a teenage bystander wounded.

Police Supt. Eddie Johnson said at a press conference that the 46-year-old officer was wounded Tuesday evening as police responded to a vehicle pursuit involving a bank robbery suspect and officers from the suburb of Des Plaines.

After the chase ended, Johnson said, the 32-year-old suspect exited his vehicle and entered a music store, where he was fatally shot by a Des Plaines police officer.

Chicago police said a 15-year-old boy who was taking piano lessons at the music shop was shot in the arm and stomach. He was hospitalized in stable condition.

While Johnson said the 17-year police veteran suffered graze wound to the head, Dr. Marius Katilius of Illinois Masonic Medical Center added the officer suffered a skull fracture and had blood on the brain. Katilius said he was in serious but stable condition.

Police spokesman Anthony Guglielmi tweeted before the press conference that the bullet “did penetrate and exit” the officer's skull.