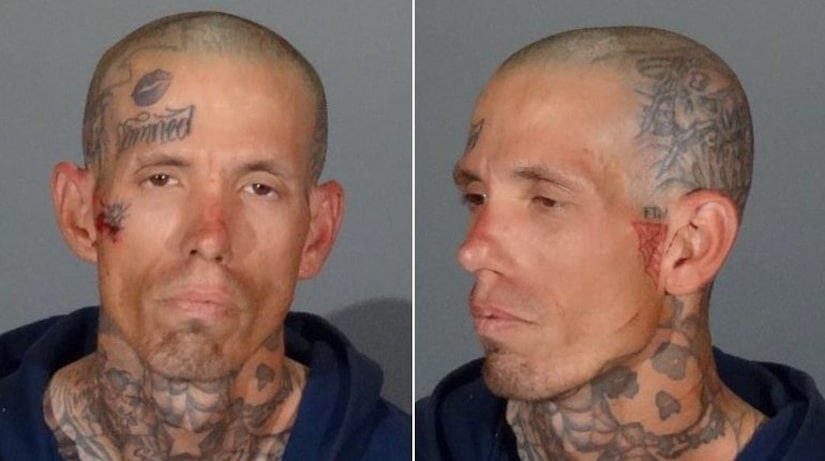 COVINA, Calif. -- (KTLA) -- A sex offender with several prior convictions was arrested after stealing a car with a baby and his grandfather inside in Covina Tuesday, then using the vehicle to lead authorities on a pursuit that ended in another driver being hurt, officers said.

Police responded to the carjacking around 9:30 a.m. in a parking lot at 1359 N. Grand Ave., next door to the local Department of Motor Vehicles office, Covina police said in a news release.

Brian Edward Hardy, 36, allegedly took the vehicle by force while the grandfather was sitting in it with his 1-year-old grandson. The pair was still in the car for some time after Hardy commandeered it and drove off, officials said.

The grandfather was able to force the vehicle into park and escape with the child, according to police.

Hardy, meanwhile, kept driving, and officers were able to eventually track him to San Dimas.

When Hardy saw the officers, he allegedly tried ramming them with the car, and a pursuit ensued.