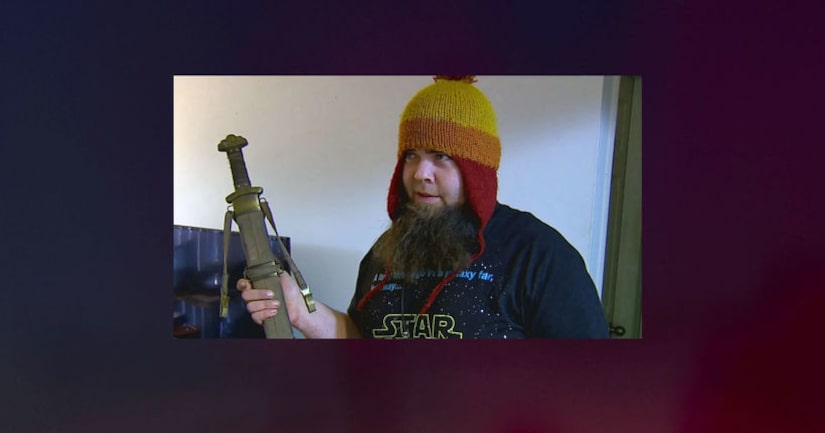 OSHTEMO TOWNSHIP, Mich. (WITI) -- A man is alive and well after he used an axe to fend off a convicted criminal who broke into his Oshtemo Township apartment late Wednesday night.

Ben Ball, 36, used a replica battle axe to keep the intruder at bay.

The 33-year-old suspect, Alex Lavell Rawls, is now in jail facing a charge of first-degree home invasion, which could put him in prison for a maximum of 20 years.

Ball says that the suspect dated his former roommate. The suspect showed up at the apartment around 11:30 p.m., thinking she was there.

The suspect knocked on the door repeatedly, then kicked it in, while Ball was in his apartment playing video games and watching "Rick and Morty."

Ball said he had reason to believe the suspect had a firearm.

The axe hit the intruder at least once in the torso and then the two started grappling in the apartment.

A neighbor called 911 and the police showed up. Police K-9s followed the trail of blood to apprehend Rawls.

Kalamazoo County officials say Rawls spent the night in the hospital with substantial wounds before being transferred to the jail.

Ball owns a lot of weaponry that he keeps around his apartment, and participates in events where people compete in ritualized combat.

Ball says he is glad he spent a lot of time practicing with that axe. 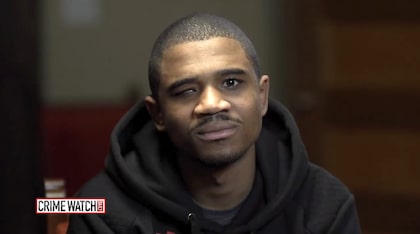