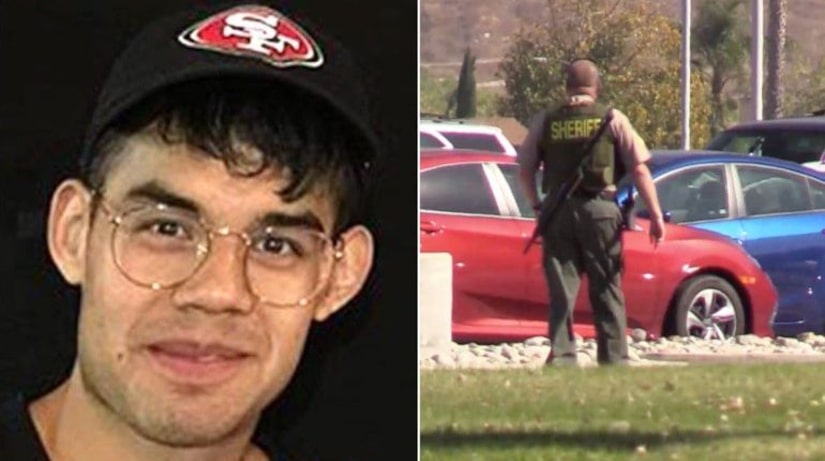 MOUNT SAN JACINTO, Calif. -- (KTLA) -- A Navy veteran sought help from Veterans Affairs before he allegedly pointed a handgun, but did not fire it, at a cafeteria table full of students at a Southern California community college, his father said.

Gregory Abejon, 26, was arrested at the airport Wednesday as he tried to flee the country after the incident at Mount San Jacinto College, a college southeast of Los Angeles where he had threatened to shoot fellow students.

His father, also named Gregory Abejon, told The Associated Press on Thursday he is “devastated right now” and declined to comment further.

It was not immediately clear if the younger Abejon, who authorities say is a student at the college, had a lawyer who could speak on his behalf. He is in custody on $2 million bail for charges of possession a firearm in a school zone, brandishing a firearm and making terrorist threats, jail records show.