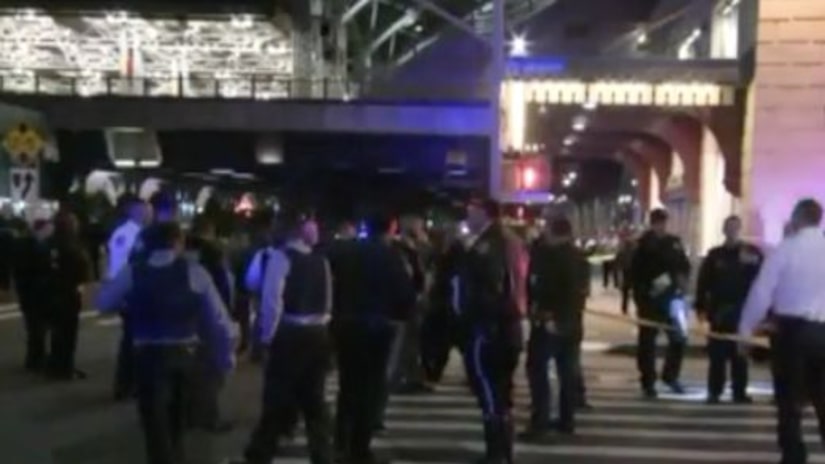 QUEENS, N.Y. -- (WPIX) -- A woman is dead after being struck by a person driving a stolen vehicle in Queens, authorities said.

According to officials, the car jumped a curb and hit the woman around 9:15 p.m., near the intersection of Archer Avenue and Sutphin Blvd, in Jamaica.

Immediately after the crash, driver jumped out of the car as it was still moving and fled the scene, police said.

The woman was rushed to a nearby hospital in critical condition, but later succumbed to her injuries, authorities said.

Tuesday night police said they had apprehended a 38-year-old man near the scene, but have since said they've released the man from police custody, confirming it was the wrong man.