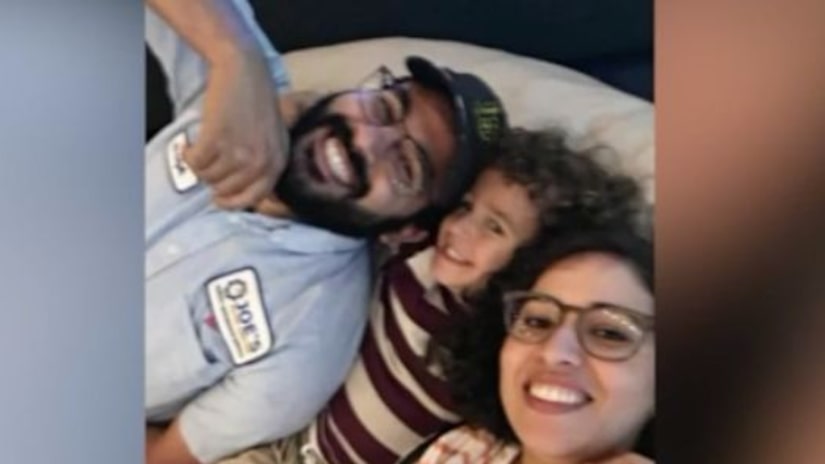 LONG BEACH, Calif. -- (KTLA) -- A mother, father and their three-year-old son were remembered during a vigil held at Cal State Long Beach Tuesday evening, less than a week after they were struck by a suspected DUI driver on Halloween night.

The family of three was returning home from trick-or-treating Halloween night and walking along a sidewalk when they were hit by a 22-year-old man suspected of driving under the influence, according to police. They all eventually died from their injuries — each a day apart.

On Tuesday, members of the campus community at Cal State Long Beach remembered 32-year-old Raihan Awaida as a graduate of the university who earned her master's degree in social work just this past May.

She died Sunday night following the deaths of her husband and son, authorities said. Joseph Awaida, 30, was pronounced dead the morning after the crash and the couple's 3-year-old son, Omar, died of his injuries the following day.