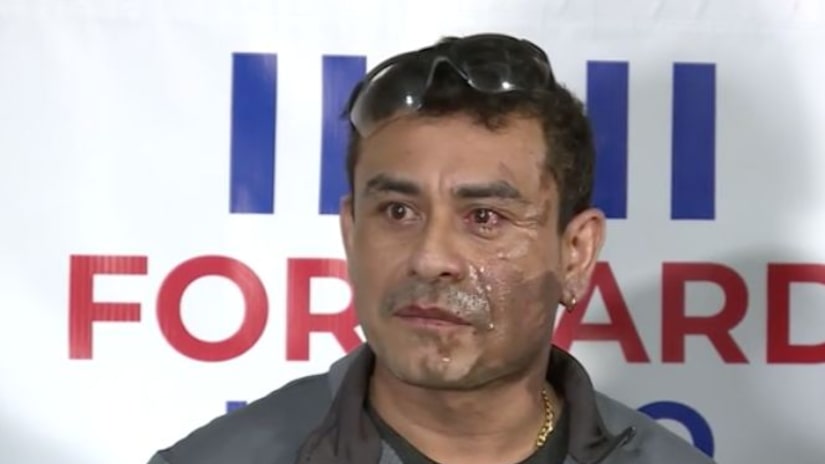 MILWAUKEE (WGN) -- Milwaukee police have made an arrest after a man was attacked and burned with acid in what officials say is a hate crime.

Mahud Villalaz suffered second-degree burns to his face after he was confronted by a man he says accused him of being in the country illegally. Villalaz, a U.S. citizen and Latino, says the man approached him in front of a restaurant Friday night, told him he didn't belong in the country and threw acid from a container on him.

Surveillance video shows Villalaz stumbling away from the suspect, who police say is white.

Alderman Jose Perez said in a statement that police investigated the incident as a hate crime, which he called a “heinous” act of “senseless violence.”