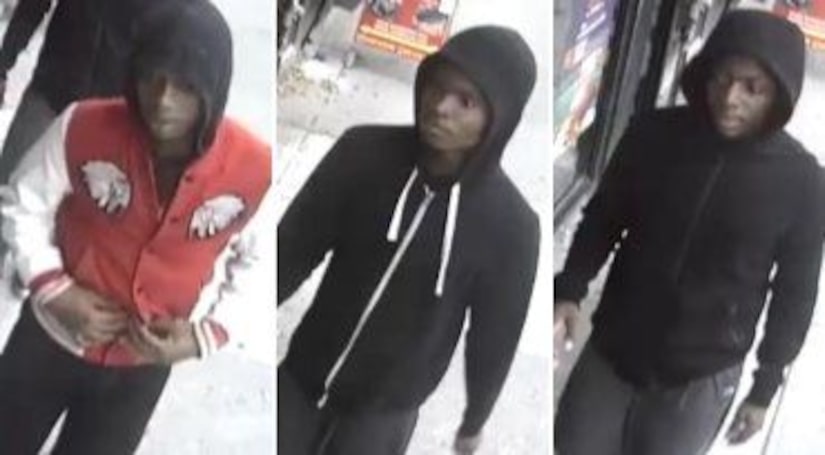 QUEENS, N.Y. -- (WPIX) -- Police released new surveillance video Tuesday of three people they're looking for in connection to the stray-bullet shooting of a teenage girl outside a Queens school Monday afternoon, according to authorities.

Police said the three, believed to be in their late teens to early 20s, were at the scene outside New Dawn Charger School, near 89th Avenue and 161st Street in Jamaica, just before 4 p.m. when a fight broke out. Moments later shots rang out and the 16-year-old girl was struck in the shoulder by a stray bullet, authorities said.

The teen, a student at the charter school, is still in the hospital Tuesday morning, police said.

While the police are seeking the three people seen in the new footage, it is unknown what involvement they might have had in either shooting.

According to law enforcement sources, police believe the gunman could be as young as 10 to 13 years old.