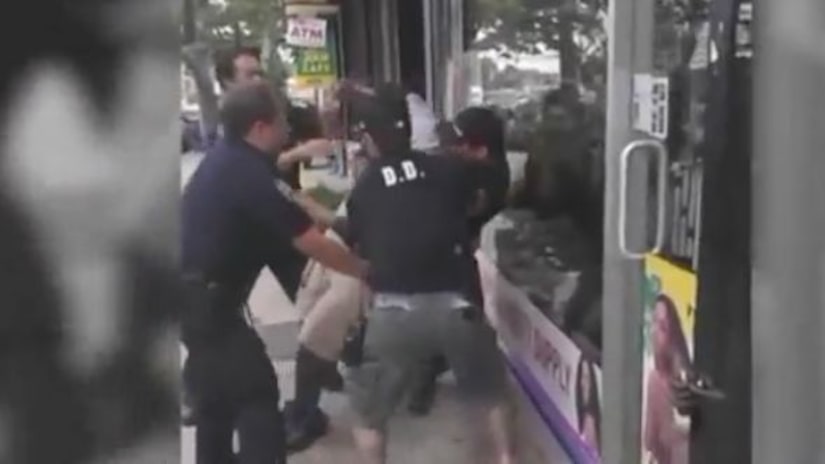 NEW YORK CITY -— (WPIX) -- Former NYPD officer Daniel Pantaleo, who was fired in August for his role in the chokehold death of Eric Garner, filed a lawsuit Wednesday against New York City, his lawyer said.

Garner, a 43-year-old father of six, died on July 17, 2014. He was allegedly selling loose cigarettes illegally on Staten Island when police tried to arrest him. Video shows Pantaleo wrapping one arm around Garner's shoulder and another arm around his neck before pulling him to the ground.

After NYPD Commissioner James O'Neill announced his decision to fire Pantaleo on Aug. 19, attorney Stuart London said Pantaleo would file an Article 78 to appeal the decision to terminate him.

The lawsuit filed Wednesday is the first step in a months-long process, London said. It's specifically about fighting to get Pantaleo's job back and names several officials.

"We will defend the Administrative Law Judge's finding and recommendation and the Police Commissioner's decision," a spokesperson for the New York City Law Department said about the suit.

The suit was slammed by the National Action Network, which is led by Rev. Al Sharpton. Sharpton said Pantaleo's administrative trial was fair.

FULL STORY: Fired NYPD officer Daniel Pantaleo sues the city to get his job back - WPIX