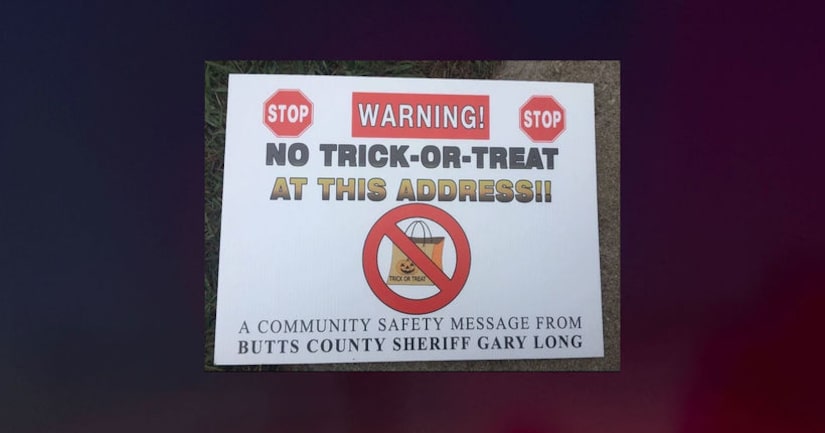 A federal judge has ruled in favor of the three sex offenders who sued a Georgia sheriff after his deputies put signs in the men's yards last year warning trick-or-treaters not to visit on Halloween, WGHP reports.

The three men sued on behalf of all registered sex offenders in Butts County after finding out the sheriff's office was planning on putting the same signs this year, according to the ruling.

Georgia displays all registered sex offenders' names, photos and addresses in a public online directory. But the statute "does not require or authorize sheriffs to post signs in front of sex offenders' homes," the ruling states.

Judge Marc Treadwell granted a preliminary injunction for the plaintiffs and ruled that sheriff Long and his employees can't place the signs during this year's Halloween season on the three men's yards — but didn't broaden the injunction to all sex offenders in the county.

BUTTS COUNTY, Ga. (KTLA) -- Three sex offenders in a Georgia county are suing the sheriff over signs warning families not to trick-or-treat at the offenders' homes.

Long has said the signs comply with a state law that forbids sex offenders from participating in Halloween. Other counties including Spalding and Monroe have taken similar approaches. Last year, Monroe County Deputy Marilynn Fitts said sex offenders without signs would have to spend the night at the sheriff's office. 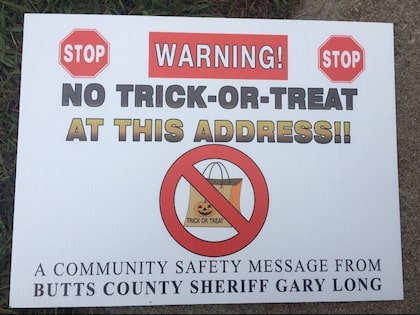