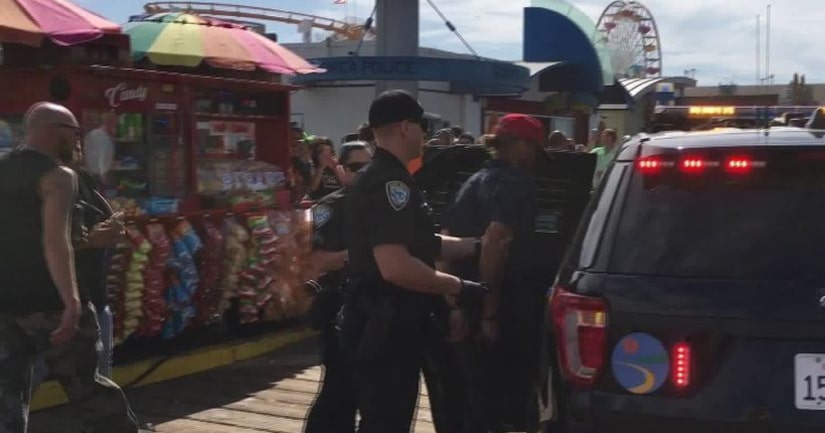 David Nicholas Dempsey, 32, who was also accused of violating his parole stemming from a prior weapons violation conviction, was being held without bail pending his initial court appearance, according to Santa Monica Police officials and Los Angeles County booking records. He was described as an Orange County resident.

He was booked on suspicion of prohibited use of a tear gas weapon, assault with a caustic chemical and violating parole, police said.

He was seen in witness video arguing with protestors opposed to President Trump when he began spraying the crowd with a large canister of pepper spray intended for deterring bear attacks. At one point, he's seen walking up to a man who was lying on the ground and spraying him directly in the face at close range.

Dempsey was pointed out by bystanders as the person who sprayed the bear spray and he was taken into custody at the scene.