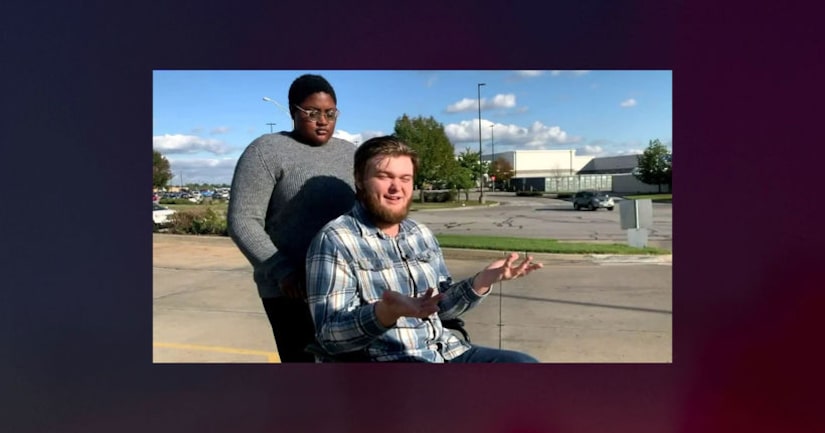 KANSAS CITY, Mo. (WDAF) -- Austin Aubuchon told FOX4 two teenagers were desperately digging in his pockets seconds after he started having a seizure.

"I was just running to the store to get some medicine for my wife," he said. "She wasn't able to drive, so I went there myself. It was kind of like any other day going to the store. Then unfortunately as I was entering the store, I had a seizure out of no where and collapsed onto the floor."

That's when Aubuchon said he saw two teenage boys standing over him.

"I could hear them," he said. "It was two young men, a black man and a white man. The white man was the one reaching into my pocket. The black man said 'Are you sure we should be doing this?'"

As the teens kept trying to rob Aubuchon, he told FOX4 he laid there helplessly until two strangers scared the teens away.

"I heard another voice yell, and it said, 'Get off of him! Get away from him! What are you doing !?' They ran off immediately, and there was a couple standing over me asking am I OK."

Aubuchon said he and his wife asked Walmart for the surveillance footage but they were denied. They also attempted to file a police report, but because the teenagers didn't actually steal anything or physically harm him, police said there was no report to file.

MORE: Metro man having a seizure shocked when two teens try to rob him - WDAF