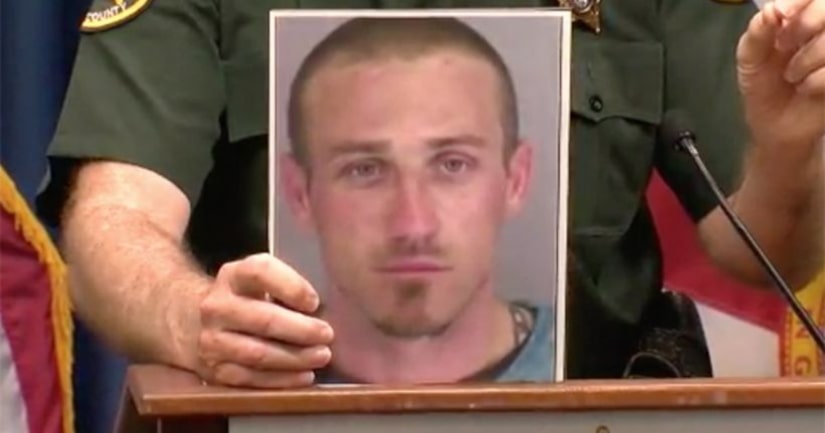 WINTER PARK, Fla. (WGHP) -- A man suspected of slashing three people to death -- two in Florida and one in Tennessee -- was arrested in Florida after barricading himself in a house for six hours, shooting at sheriff's deputies and fighting a K-9 that found him hiding under a pool table, authorities said Tuesday.

Judd said he based that partly on comments Mossburg allegedly made to the housemate of the man and woman slain in Winter Park.

"Suspect Mossburg told our live victim, 'I want to be a serial killer. I like killing people,'" Judd said. "Mossburg said the two victims in Winter Haven were number seven and eight, but his goal was to kill 11."

Judd said investigators don't have any evidence to support Mossburg's claims. Only three deaths are linked to Mossburg, but investigators are intensely questioning him. Nobody has offered a motive for the violence.

"Stanley, without a doubt, is a spree killer," Judd said. "We hope and pray there are no other victims; that he's just bragging. We know that he killed three over two states and certainly he has the proclivity to kill others."

Mossburg is from Spartanburg, South Carolina, where he is well known to authorities, Judd said. He has more than 30 nonviolent, low-level charges in his background, a sheriff's office news release said.

Authorities across the South started looking for him after a killing in Greeneville, Tennessee, about 70 miles from Knoxville.

Christopher Scott Short's body was found on October 2 outside Celebrity Coin Laundry, according to a news release from the Greeneville police department posted on Facebook. Mossburg was identified as the suspect and charged with murder, robbery and kidnapping.

The news release didn't provide details about how Short died. Judd said he was slashed.