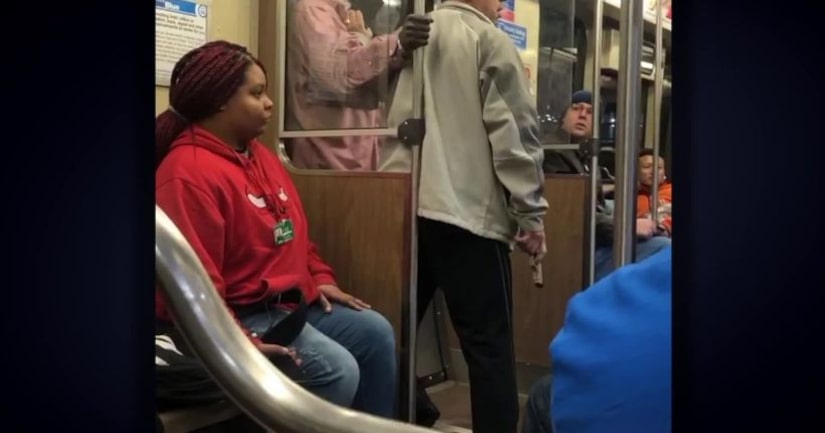 As the train stopped at Cumberland, Jean Paul LaPierre stepped off and asked another commuter why marathoners seemed to be rushing for the doors.

“I said 'this doesn't seem like the right way.' He said 'No, there's a guy on the train walking around right now robbing people.' That kind of made me mad,” LaPierre said.

He decided to head back onto the train and confront the man entirely on his own. What happened next was caught on video by a passenger still on the train.

LaPierre grapples with the the robber and hold him against the side of the train, pulling the gun from his hand in the process. The suspect yells at LaPierre to let him go, but he refuses.

In town from the Boston area where he runs a storage facility, the 54-year-old said he's used to tough guys. Golden Gloves boxing in his youth armed him for this encounter.

“I'm a boxer. I'll break your head in one punch,” he says in the video.

A marathon runner who was threatened moments earlier said she's thankful LaPierre was there.

“He didn't hesitate to step in at all. It was incredible to see; because everyone else just sat there frozen,” she said.