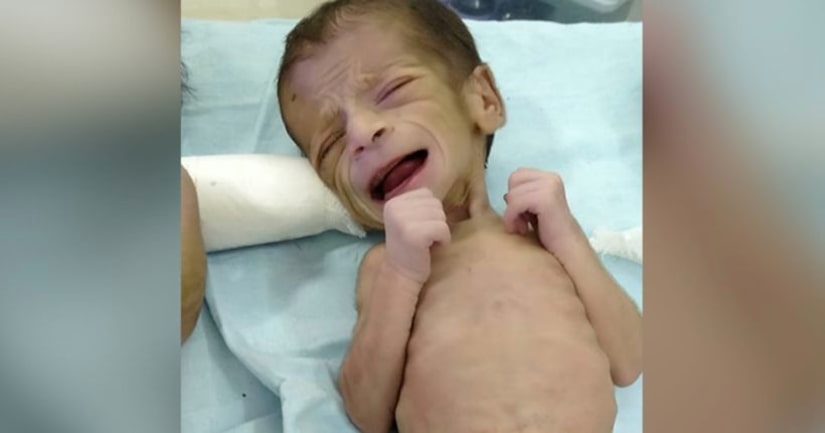 INDIA (WGN) -- A four-day-old baby girl has been rescued after she was found buried alive in a cemetery in northern India.

The infant was pulled to safety by an unsuspecting couple in Uttar Pradesh state on October 10, as they were burying their own child who had died in hospital.

“When they began digging the ground, they immediately heard noises of crying. As they dug up two to three feet of dirt, they found a baby girl who had been buried in an earthen pot,” Abhinandan Singh, Superintendent of Police for Bareilly district, told CNN.

A cemetery security guard notified police and took the girl to a nearby hospital.

“The baby had some infections and weighed only 1.5 kilograms (3.3 pounds),” Alka Sgarna, a medical superintendent who oversaw her treatment, told CNN.

The girl, who is currently receiving treatment in the hospital's intensive care unit (ICU), had various respiratory issues and requires a ventilator, Sgarna said.

Singh said the area where the baby was buried was “quite isolated,” and believed she was buried for about four to six hours before she was rescued.

An investigation has been launched to locate her parents, who could be charged with attempt to murder and abandoning a child, Singh added.