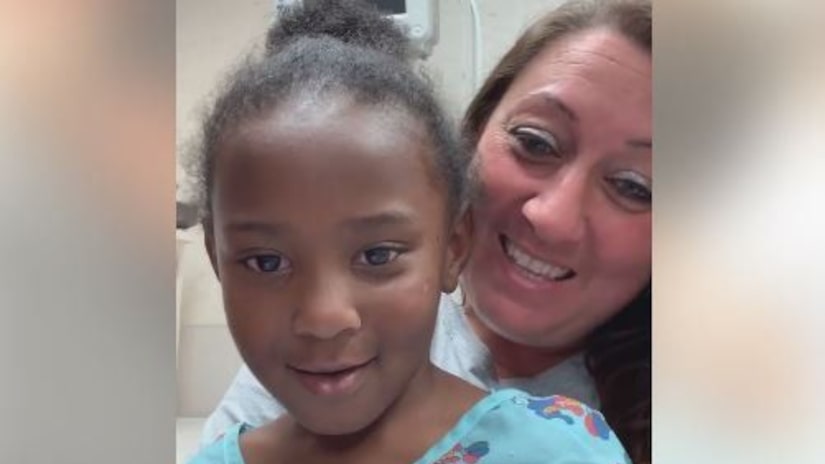 "Mommy, I want to go home," Ahlora says in the video, which was taken at the hospital.

Ahlora was reported abducted at 6:33 p.m. Wednesday from 2411 Phillips Ave., near Claremont Homes Apartments. At 8:18 p.m. Thursday, Greensboro police received a call on the tip line that a girl, believed to be Ahlora, was at the Words of Faith Christian Center on Dillard Street.

Officers came to the center and took the child to the hospital to get checked out. The child was positively identified as Ahlora. The suspect has not been located.

"I'm just so glad my baby was found," stepmom Shaye Wallace said in the video.

Wallace also thanked the public for helping look for Ahlora and called the authorities "awesome" and "phenomenal."

Police said Ahlora was playing at a playground near an apartment complex and the suspect was around that playground and interacted with multiple adults and children.

"[The suspect] interacted with some adults, she interacted with multiple children in what was defined as a suspicious way," Greensboro Police Chief Wayne Scott said at a Thursday afternoon news conference.