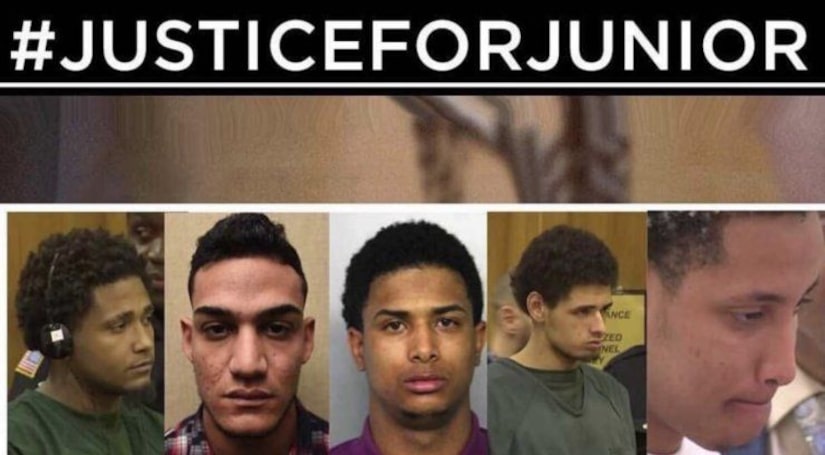 THE BRONX (WPIX) -- Justice for Junior.

Two of five gang members convicted in the brutal murder of Bronx teen Lesandro Guzman-Feliz have been sentenced.

Jonaiki Martinez Estrella, who plunged the knife into Guzman-Feliz's neck that proved to be the only fatal wound, was found with a “one-inch sharpened objected [sic] in his shoe” as he left jail for court, prosecutors said. Martinez Estrella blamed alcohol and drugs for his behavior and said “I feel bad about the way this kid died. It was not my intention to cause the death of this kid.”

Jose Muniz was sentenced to 25 years to life with the chance of parole.

Muniz's defense lawyer said his client had a troubled childhood. His mother went to jail on a drug charge when he was just three years old, and he was raised by another woman. His mother got out of jail and had a stroke. The lawyer said Muniz used to sleep in New York City hallways and worked two jobs, so he could send money to his mother for medicine. He then met reputed Los Sures leader, Diego Suero, who gave Muniz a place to stay.