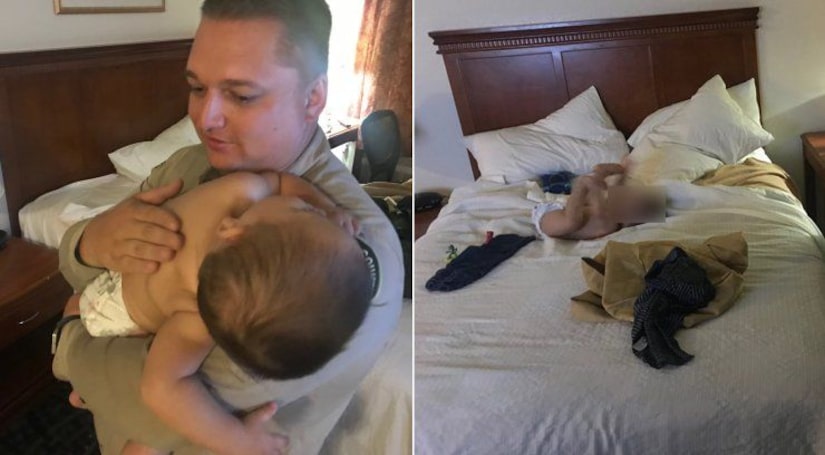 RIVERSIDE COUNTY, Calif. (KTLA) -- Two young children were found by themselves at a motel in Lake Elsinore, and their parents were both allegedly under the influence of different substances when authorities contacted them, officials said Wednesday.

Deputies initially responded on Tuesday to a report a 1-year-old walking alone in a motel parking lot, according to a statement from the Riverside County Sheriff's Department.

The child was wearing only a diaper at the time.

Deputies picked up the baby and then noticed the door to a motel room was open. Inside, they found a 2-year-old alone, sheriff's officials said.

While authorities were trying to locate the children's parents, their father showed up.

Joseph Salas, 50, of Temecula, was taken to the Lake Elsinore Sheriff's Station, as were the two children, according to the statement. Salas was allegedly under the influence of marijuana at the time.

A short time later, the mother — 32-year-old Tamara Ross of Temecula — arrived at the station. She was allegedly under the influence of alcohol when she drove there, the department said.