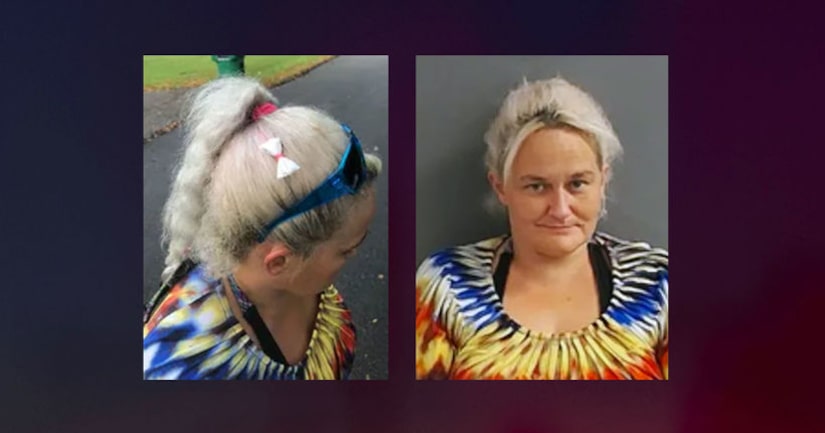 FLIPPIN, Ark. (KSWB) -- A woman told Arkansas officers she had no idea how a baggie of meth made to look like a white bow ended up in her hair, police said.

An officer in the city of Flippin pulled over 38-year-old Jessica Bernice Kropp on Sept. 24 after noticing expired tags on the Dodge Neon she was driving, according to an arrest affidavit obtained by the Baxter Bulletin.

After running her identity, the officer learned that there were five warrants in four different counties for Kropp's arrest. Four were for failure to appear and the fifth for not paying a fine.

When Kropp got out of her vehicle, the arresting officer noticed “what appeared to be a bow in her hair” was actually a small baggie of suspected methamphetamine with “a small rubber band around the middle, giving it a bow shape.”

When asked about the “bow” fixed with a bobby pin to the right side of her head, Kropp responded, “Are you serious?” according to the affidavit. The officer quoted her: “I didn't know that was there, someone else put that there and I didn't know what it was.”

A search of her vehicle turned up multiple bags of meth and drug paraphernalia and two vape pens – one with THC oil and meth, the other just THC oil.

Court records show that Kropp faces charges of possession of meth with intent to deliver, possession of drug paraphernalia, driving with a suspended license and no liability insurance. She was booked into the Marion County Jail and is being held on a $23,210 bond.

MORE: Woman 'didn't know' there was a meth-filled 'bow' in her hair, police say - KSWB