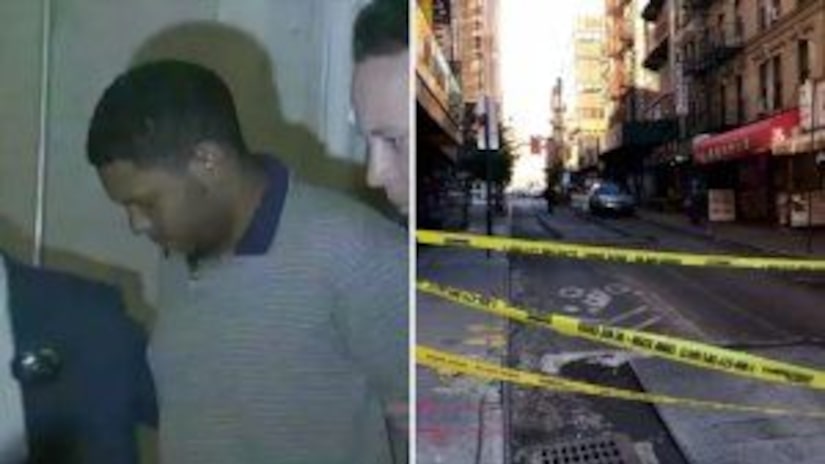 NEW YORK CITY -- (WPIX) -- A 24-year-old homeless man accused of murder is shown on camera beating homeless men to death, according to the criminal complaint released after his Sunday arraignment.

All five victims, attacked on East Broadway and on Bowery, were sleeping, officials said. The crimes scenes are just blocks away from NYPD headquarters.

A police officer spotted Santos walking with "a large metal object containing fresh blood and hair" near Mulberry Street and Canal Street around 2 a.m., according to the criminal complaint.

Santos was ordered held without bail. He's scheduled to be back in court on Oct. 11.

Santos, using a Spanish interpreter in court, did not enter a plea at his arraignment.

His defense attorney had no comment as he left court.