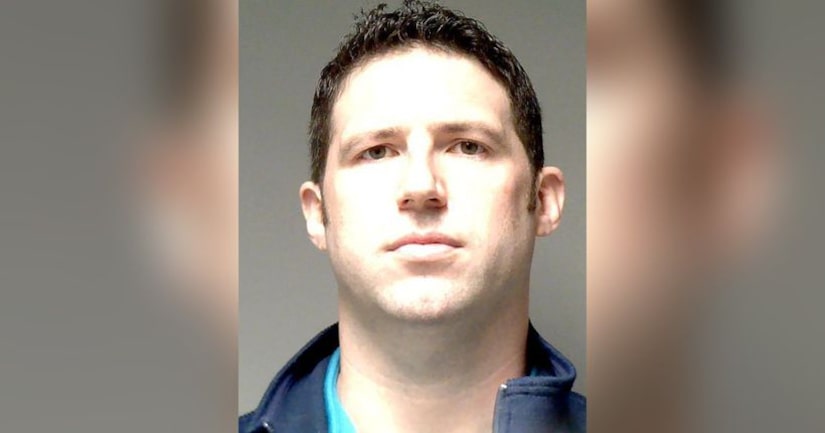 LANSING, Mich. (KTLA) -- A former Michigan high school resource officer was sentenced to one year in jail after being convicted of sexually assaulting three female students.

A sixth charge for sending sexually explicit material to a minor was dropped as a part of his plea deal, according to court records.

Ingham County Judge Joyce Draganchuk also sentenced Priebe to five years of probation, and he is required to register with the Michigan Sex Offender Registry for 25 years according to court documents.

The sentence was the maximum allowed under Priebe's plea agreement.

“To say you violated your role as a police officer would be an understatement,” Judge Draganchuk said to Priebe at his sentencing Tuesday, according to CNN-affiliate WILX.

The abuse was ongoing from 2016 through 2018, according to court documents.

One victim was a 16-year-old junior at Lansing Eastern High School where Priebe worked as a school resource officer. A security guard introduced Athziry Pilar to Priebe because she had aspirations to become a police officer, according to her victim impact statement read in open court by her attorney Karen Truszkowski. CNN does not normally identify victims of sexual assault unless they choose to speak out publicly.

The emotional toll of the abuse caused Pilar to skip school and fail classes, she wrote in her statement. Priebe sent her inappropriate text messages and forced her to hold his bare genitals, she said.

“I was in my own prison for 3 years. I was forced to be in school, where I wasn't safe, I was abused, over and over again,” the statement said.

“I don't know that that's going to act as a deterrent to other people,” Truszkowski told CNN in regards to Priebe's sentence. “I'm concerned he's going to go out and do it to other kids and that's what we, obviously, what we want to prevent.”