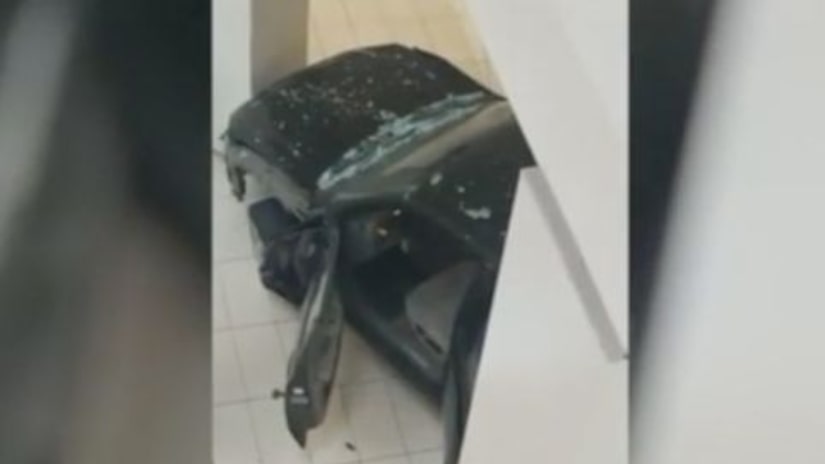 SCHAUMBURG, Ill. -- (WGN) -- The man accused of driving an SUV into the Woodfield Mall could be sentenced to 20 years in prison if he's convicted of the terrorism count he's been charged with. However, Javier Garcia's family said he is not a terrorist — just a man who suffers from several mental health disorders.

Officials said Garcia, 22, smashed a black SUV through Sears and into the suburban mall on Sept. 20, creating a panic as people ran for safety. Garcia was arrested on the scene.

The FBI and Schaumburg police said Garcia does not have any ties to terrorist organizations. His attorney said he doesn't have a criminal record.

Garcia's sister Noemi Garcia said her brother was diagnosed with paranoid schizophrenia three years ago and has bipolar disorder.