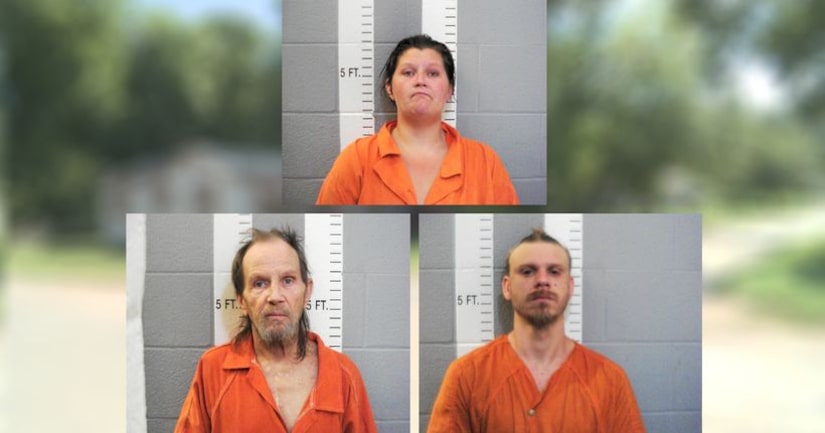 CARTER COUNTY, Okla. (KFOR) -- Three people were arrested after two children were found living in a house with rats and bags of trash.

According to KXII, deputies were serving a warrant at a home in Ardmore at around 10:15 p.m. Monday when they found piles of trash, dirty clothes spread throughout the house and several rats and mice.

A one-year-old and three-year-old were found sleeping in one of the rooms.

A deputy said there appeared to be chew marks on pillows inside the crib.