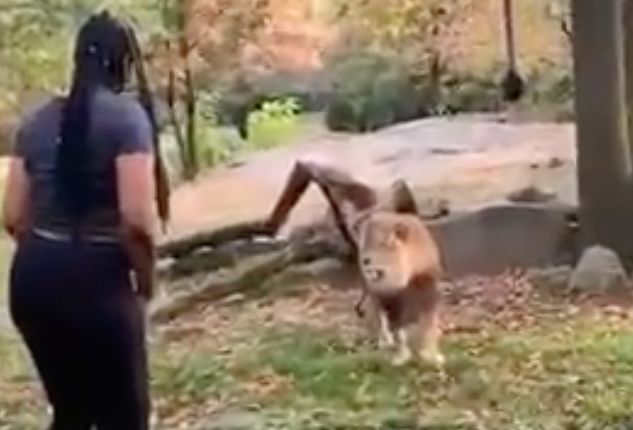 THE BRONX -- (WPIX) -- Video of a woman seemingly entering the lion’s den at the Bronx Zoo is going viral, with an NYPD spokesperson confirming its legitimacy.

“We are aware of the videos. This incident is being investigated for criminal trespassing,” according to police.

The videos were posted to social media.