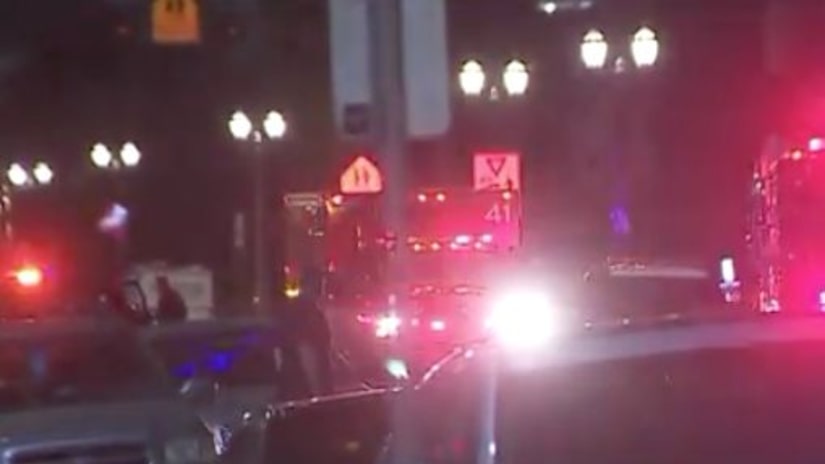 HOLLYWOOD, Calif. -- (KTLA) -- Hollywood police are searching for five or six people believed to be involved in a double stabbing that left both victims hospitalized Monday night.

An assault with a deadly weapon call reported the incident at the intersection of Cahuenga Boulevard and Santa Monica Boulevard about 9:50 p.m., Los Angeles Police Department Officer Guyen said.

Both victims were transported to a local hospital and were said to be in stable condition.

Investigators said the suspects were wearing hoodies, but no further description was available.

Authorities have not released a possible motive for the stabbings.