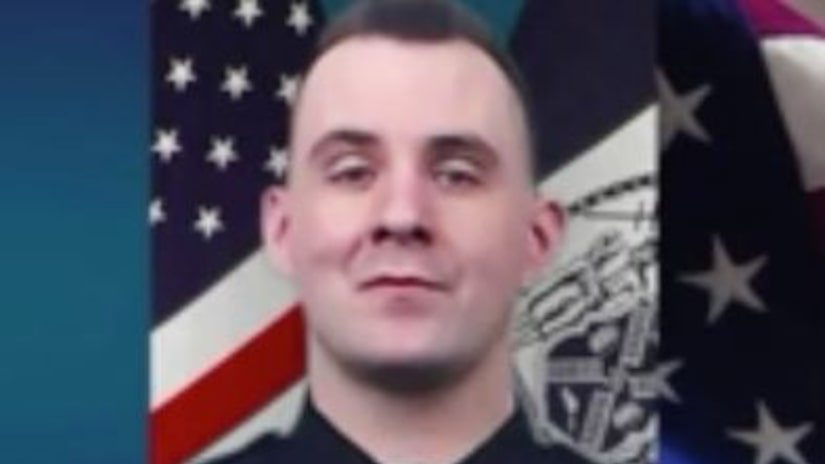 THE BRONX, N.Y. -- (WPIX) -- An NYPD officer was fatally shot in the Bronx early Sunday, and a suspect was later shot dead, NYPD Chief of Department Terence Monahan said.

Officer Brian Mulkeen, 33, was shot three times, officials said. He'd been with the NYPD for more than six years.

"A brave NYPD police officer doing the job we asked him to do - the job that New Yorkers needed him to do - was shot and killed," Monahan said.

Chief Monahan described the incident during an early morning news conference on Sunday.

Mulkeen and his partner were patrolling the streets around the Edenwald Houses around 12:30 a.m. They were investigating gang activity, which included recent shootings in the area.

Three other officers got out of their vehicle to question a man, who then fled. Mulkeen and his partner chased and caught up with the man.