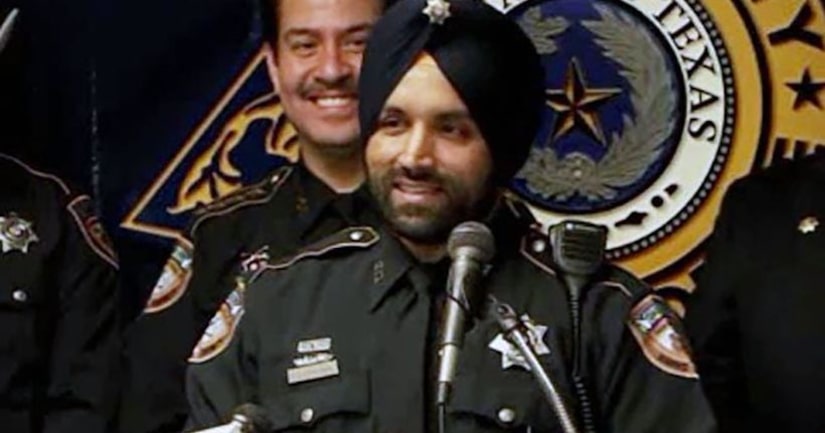 HARRIS COUNTY, Texas (WTIC) -- A man accused of shooting and killing a pioneering Texas sheriff's deputy during a traffic stop was wanted at the time, and that may help explain why the shooting happened, authorities say.

Robert Solis, 47, was arrested Friday, shortly after police say he killed Deputy Sandeep Dhaliwal, an observant Sikh who years ago gained national attention when he got permission to wear a turban as part of his Sheriff's Office uniform.

Dhaliwal had just stopped Solis for a traffic violation and walking back to his patrol car Friday afternoon when he was shot twice, including at least once in the back of the head, authorities said.

At the time of the traffic stop, Solis was wanted on a parole violation warrant, Sheriff Ed Gonzalez said on Twitter.

Authorities haven't said what Solis allegedly did to have violated his parole. Solis has been out of prison on parole since 2014, 12 years after he was convicted in Harris County of aggravated kidnapping and aggravated assault with a deadly weapon, court records show.

It wasn't immediately clear what, if anything, Dhaliwal knew about the warrant.

Solis is charged with capital murder. A judge ordered Solis held without bond at a probable cause hearing Saturday morning. His next court appearance is scheduled for Monday.

A woman who was in the vehicle with Solis was also taken into custody. It wasn't immediately clear if she was facing charges.

Dhaliwal was known in the community, and his death has spurred impromptu memorials as well as online tributes from people recalling their encounters with him.