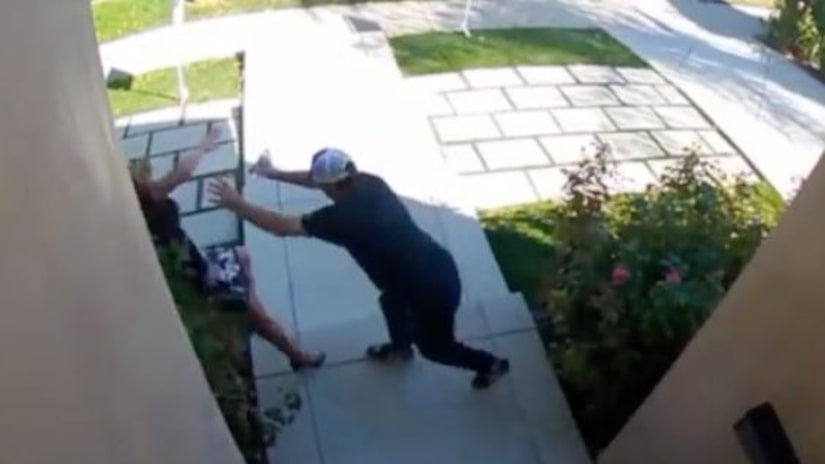 ENCINO, Calif. -- (KTLA) -- A suspect has been taken into custody after a real estate agent reported being attacked and groped during an open house in Encino, California authorities said Wednesday.

The incident, which was caught on security camera, happened just outside the home in the 5700 block of Zelzah Avenue on Sunday afternoon, said the realtor, who did not want her name released.

Video shows a man apparently chatting with the victim by the doorway and shaking her hand before shoving her to the ground. The woman said he then groped her chest as she lay on the ground.

The man appeared to eye the security camera before the attack occurred.

Los Angeles police said with the public's help, investigators were able to identify the man in the video as 45-year-old Alen Karaboghosian of Encino.