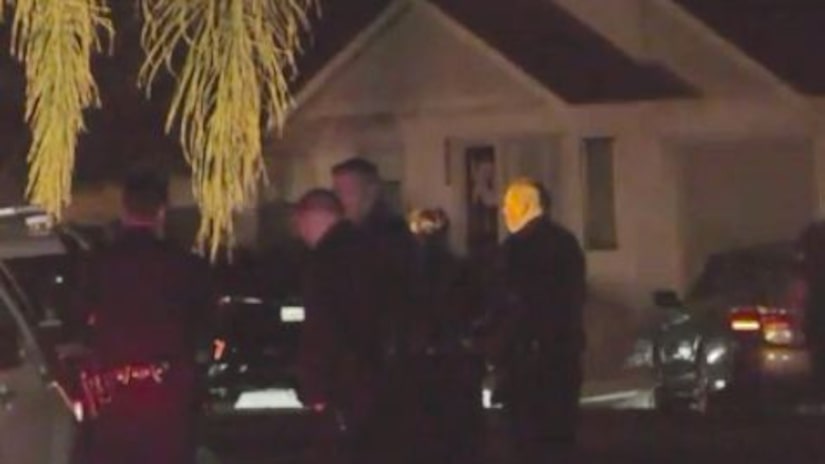 TARZANA, Calif. -- (KTLA) -- Authorities sought the public's help Sunday in identifying three people responsible for a suspected armed robbery that left a man dead outside an Airbnb rental in Tarzana.

The victim, a 24-year-old man, was shot and killed outside a home in the 18200 block of Sugarman Street on Saturday night, according to the Los Angeles Police Department.

A group had rented the house through Airbnb to celebrate a birthday, the property owner told KTLA.

Patrol officers and paramedics responded to the scene at around 10:40 p.m. after receiving a report of an "ambulance shooting" and arrived to find the 24-year-old on the ground with multiple gunshot wounds, LAPD said.

Detectives later learned, through their preliminary investigation, that three male individuals had approached the victim and his friend and demanded their belongings. The 24-year-old man was then shot multiple times before the assailants fled.

Earlier, police said the victim and his friend had been sitting in a car before the group told them to exit the vehicle. They don't believe the other occupant of the vehicle suffered any injuries.

A woman who lives nearby saw the robbers taking the victims' phones, apparently so they couldn't call police, her son told KTLA. She was asked to contact the authorities but she panicked, her son said.