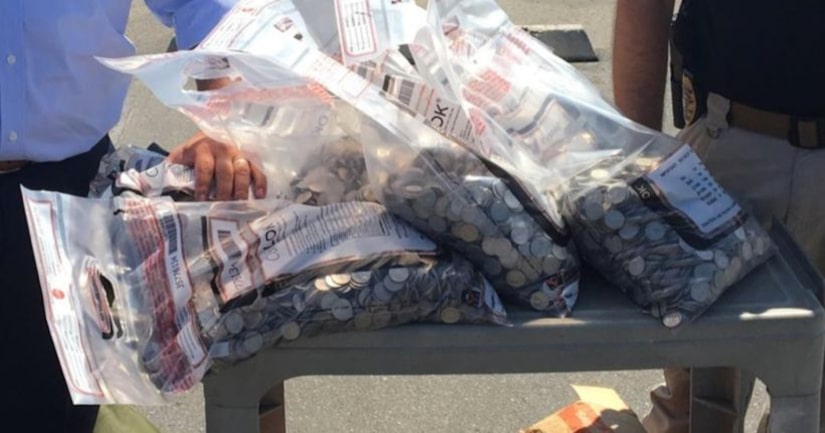 BAKERSFIELD, Calif. (KTLA) -- A woman was arrested after she allegedly tried to run off with more than $6,000 in stolen quarters using a baby stroller in Bakersfield, officials said Friday.

Two concerned detectives checked on 29-year-old Darrin Fritz when they saw her struggling to push the stroller, according to Bakersfield police.

When the officers found a large amount of coins in the carriage instead of a baby, Fritz tried to flee, the Bakersfield Californian reported. Authorities detained her and soon learned that the quarters came from a home she had just burglarized nearby, police said.