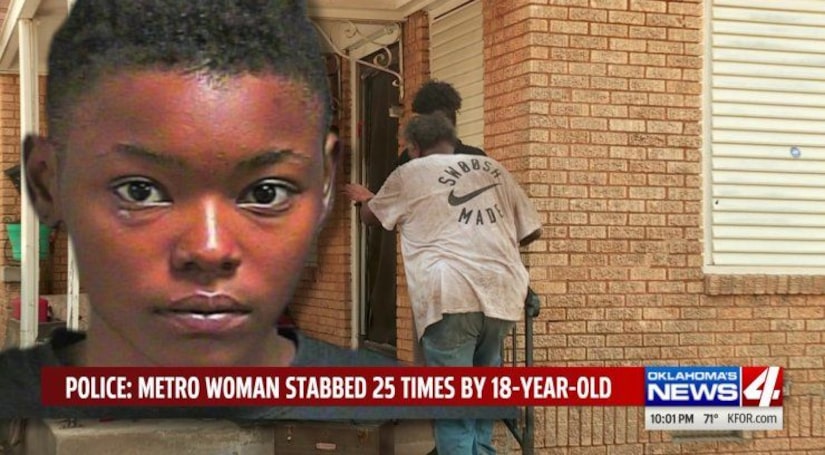 OKLAHOMA CITY (KFOR) -- Stabbed 25 times all over her body in broad daylight, an Oklahoma City woman covered in blood shows up at her neighbor's door for help.

That woman and her boyfriend say they want the teen responsible locked up for a long time.

Doris Willis is currently housed at the Oklahoma County Jail but she has allegedly left Marda Kelly with a lifetime of scars.

Still shaken, Kelly had to abruptly leave the interview with News 4, after she was stabbed more than 20 times, allegedly by Doris Willis.

“She just met Doris when she came over here a couple of times. She don't know nothing about Doris.”

According to a police report, Willis showed up randomly at Marda's home near Northwest 20th and Villa, telling Marda there was no one there to help her now before lunging at her with a knife, stabbing her several times.