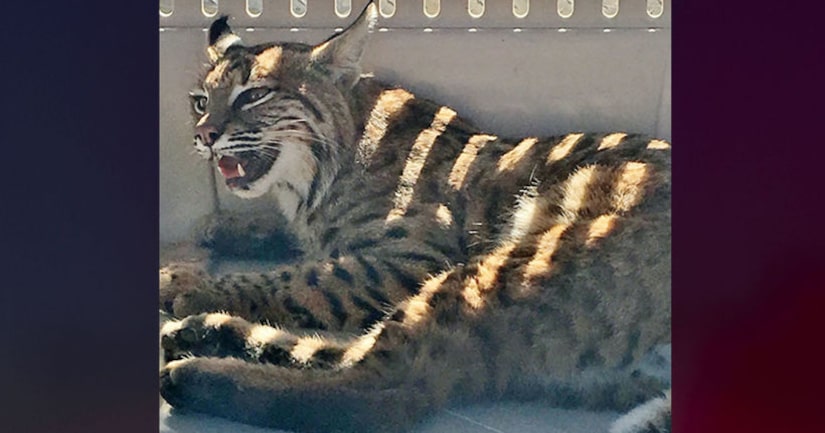 COLORADO SPRINGS, Colo. (WPIX) -- Officials have a warning after a Colorado Springs woman put an injured bobcat in her car, inches away from where her child was in a safety seat: Don't pick up wildlife.

“NEVER PICK UP INJURED ANIMALS,” Colorado Parks and Wildlife exclaimed on Twitter. “This could have been tragic.”

“Luckily, it was too injured to react to being picked up and placed in a car,” CPW stated in its Twitter post.

District Wildlife Manager Sarah Watson responded to a call at 10 a.m. Wednesday from a woman who reported she had picked up a bobcat that was struck by a car.

Officer Watson met her near Academy Boulevard and Woodmen Road and found the woman and her son, who she believed to be about 3 years old, standing outside their SUV.

“Officer Watson opened the back door of the SUV and was shocked to see a 20-pound bobcat peeking from beneath a blanket,” CPW officials stated.”