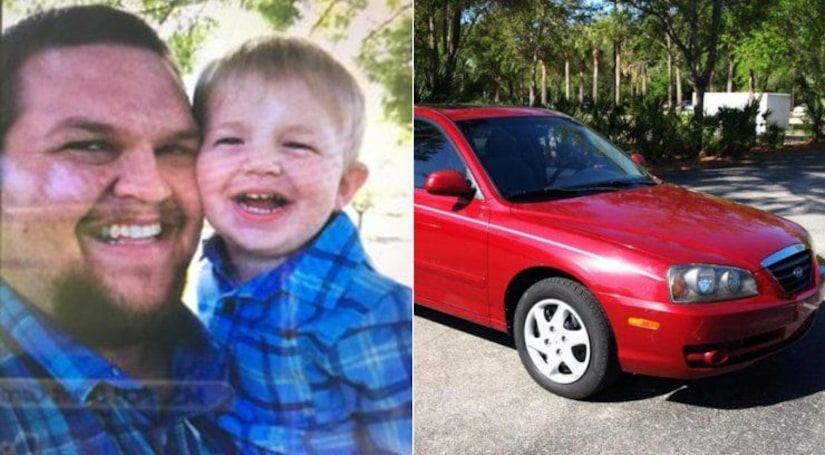 MERCED, Calif. (KTLA) -- The California Highway Patrol on Saturday issued an Amber Alert for a 2-year-old boy authorities believe was taken by his father.

John Weir, 2, was last seen with his father, Steven Weir, at about 7 p.m. Friday in Merced, according to CHP.

Authorities described the parent as armed and dangerous and driving a red 2005 Hyundai Elantra with the California license plate 5SKT544. He's 32 years old, 5 foot, 10 inches tall and weighs 300 pounds. He has brown hair, brown eyes and was wearing a blue t-shirt and cargo shorts, according to CHP.

The toddler, who has blonde hair and blue eyes, was wearing a blue t-shirt and tan shorts, officials said.