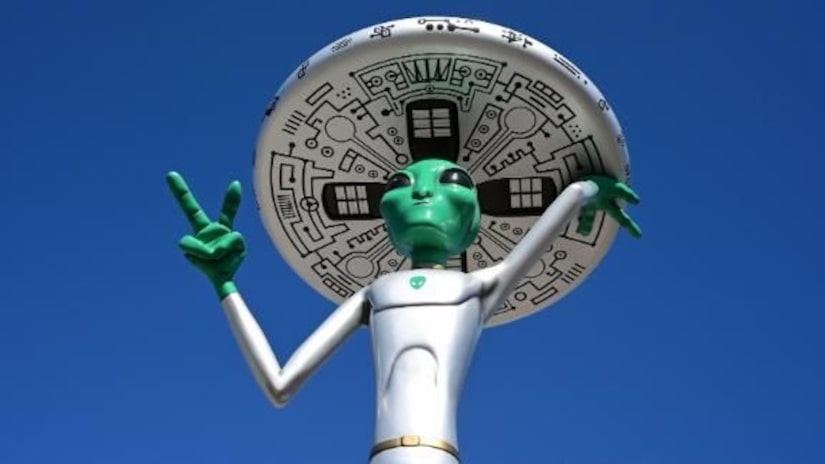 RACHEL, Nev. (KTLA) -- About 75 people arrived early Friday at a gate at the once-secret Area 51 military base in Nevada — at the time appointed by an internet hoaxster to “storm” the facility to see space aliens — and at least two were detained by sheriff's deputies.

The “Storm Area 51” invitation spawned festivals in the tiny Nevada towns of Rachel and Hiko nearest the military site, and a more than two-hour drive from Las Vegas.

Lincoln County Sheriff Kerry Lee estimated late Thursday that about 1,500 people had gathered at the festival sites and said more than 150 people also made the rugged trip several additional miles on bone-rattling dirt roads to get within selfie distance of the gates.

An Associated Press photographer said it wasn't immediately clear if a woman who began ducking under a gate and a man who urinated nearby were arrested after the crowd gathered about 3 a.m. Friday.

Millions of people had responded to a June internet post calling for people to run into the remote U.S. Air Force test site that has long been the focus of UFO conspiracy theories.

“They can't stop all of us,” the post joked. “Lets see them aliens.”

The military responded with stern warnings that lethal force could be used if people entered the Nevada Test and Training Range, and local and state officials said arrests would be made if people tried.

“It's public land,” the sheriff said. “They're allowed to go to the gate, as long as they don't cross the boundary.”

MORE: 2 detained at Area 51 gate as dozens show up for viral 'alien' event in Nevada - KTLA 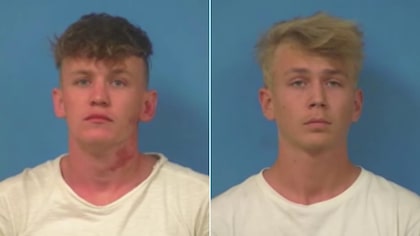 YouTuber, friend arrested & jailed when they tried getting near Area 51