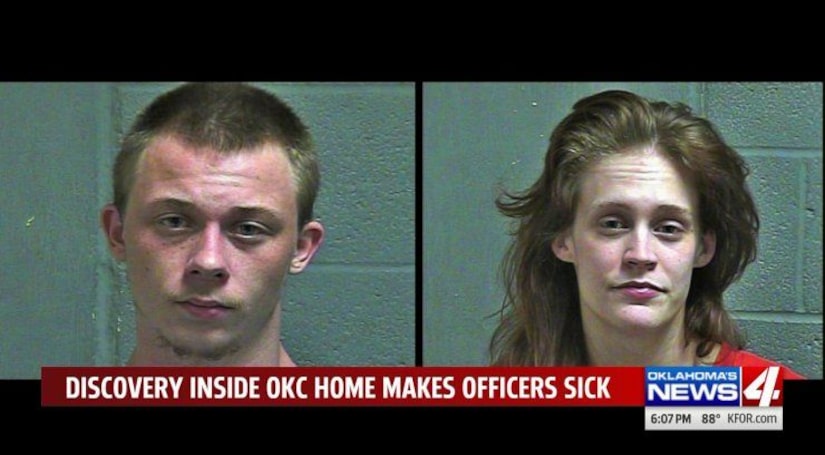 OKLAHOMA CITY (KFOR) -- Two people were arrested and 11 dogs are now being nursed back to health after they were allegedly found starving and living in deplorable conditions.

Clark is talking about a home across the street from where he lives.

He learned of a horrible situation happening inside that he didn't know about until Oklahoma City police officers and animal welfare showed up on Tuesday.

"When the cops opened the door, they attacked their own, like three or four of them attacked one dog and killed it,” Clark said.

The affidavit said the dogs, “returned to the dead dog multiple times and bit and tore at the body.” The document also noted the “dogs were gaunt and their ribs were clearly visible.”

"There was no food for the dogs. The dogs were extremely malnourished," MSgt. Gary Knight, with the Oklahoma City Police Department, said.

Once officers entered the home, they discovered an even more disturbing scene. There were dog feces covering the floor, couches, walls, and beds.

One officer wrote in the affidavit, “The stench of feces and urine was so strong I vomited while clearing the house.”