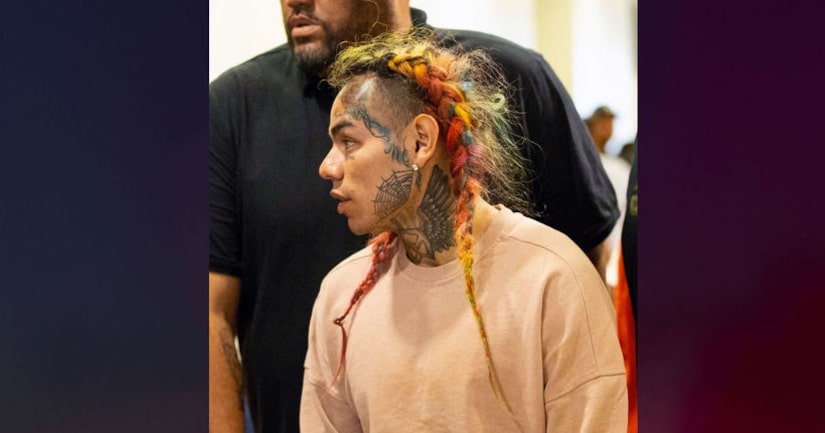 NEW YORK (WPIX) -- Rapper Tekashi 6ix9ine described for a Manhattan jury Wednesday details from his life of crime with a violent street gang, including getting abducted at gunpoint amid a dispute between warring factions of the crew.

Testifying as a prosecution witness at the federal trial of two alleged members of the Nine Trey Gangsta Bloods, 6ix9ine said that defendant Anthony “Harv” Ellison and another armed man grabbed him out of his car and forced him into a stolen vehicle one night last July. Jurors saw a video shot from the rapper's car showing how his driver gave chase before the gunmen scared him off.

Prosecutors say Ellison, a gang enforcer, was angry at the rapper — also an admitted Nine Trey member — for aligning himself with one of his rivals.

6ix9ine testified how Ellison and his cohort drove him around, stopping at various points to taunt and beat him.

Instead, the men took him to his Brooklyn home, where they stole a bag full of jewelry before driving him a few blocks away and releasing him, he said.