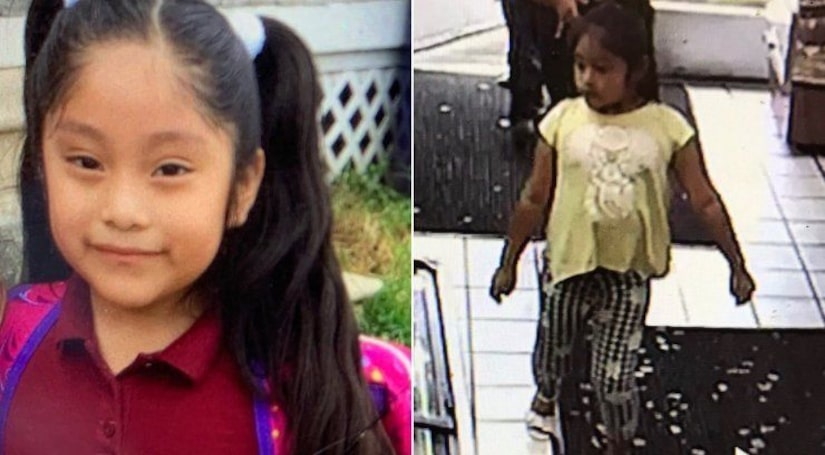 BRIDGETON, N.J. (WGN) -- The search for a missing 5-year-old girl who authorities say may have been abducted from a New Jersey playground has entered its fourth day.

Officials issued a statewide Amber Alert Monday for Dulce Maria Alavez. She may have been taken by a light-skinned, possibly Hispanic male, the Bridgeton Police department said. The possible suspect is described as between 5-foot-6 to 5-foot-8, with a thin build, no facial hair, and acne on his face. He was wearing orange sneakers, red pants and a black shirt, police said.

The man drove off with Dulce in a red van with tinted windows and a sliding passenger side door, the alert says.

Dulce was last seen wearing a yellow shirt with a koala bear on the front, black and white checkered long pants with a flower design, and white sandals, police said. She is 3-foot-5 and weighs 40 pounds, with black hair and brown eyes.

Officers responded to the Bridgeton city park's ball fields and playground area for a report of a missing child at about 4:50 p.m. Monday. The girl's mother told police that Dulce was playing on swings with her 3-year-old brother, as the mother remained about 30 yards away in her vehicle with an 8-year-old relative, police said.

MORE: Missing N.J. girl, 5, may have been abducted from playground - WGN