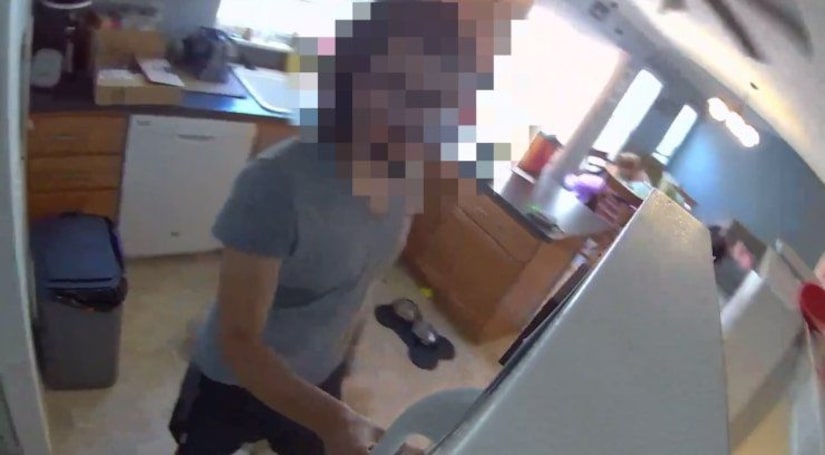 STREETSBORO, Ohio (WJW) -- A Northeast Ohio family got a disturbing and disgusting surprise after hiring an on-demand, mobile app service to walk their new puppy. The dog walker apparently did not realize the home was equipped with surveillance cameras that captured his every move.

One week ago, Brent Overholt, of Streetsboro, brought home Pluto, a 9-week-old golden retriever puppy, for his wife's birthday.

"For some of us, our dogs are our children," he said.

He hired a dog-walking service called Wag! to take the puppy for a walk Wednesday afternoon while he and his wife were at work.

A surveillance camera captured the walker return to the house. He handled an itch, then went right to the refrigerator, not noticing the camera mounted on top. He opened the fridge and rummaged through the kitchen cabinets.

"He drank what we think is milk out of the fridge and then put the milk back in the fridge," said the homeowner.