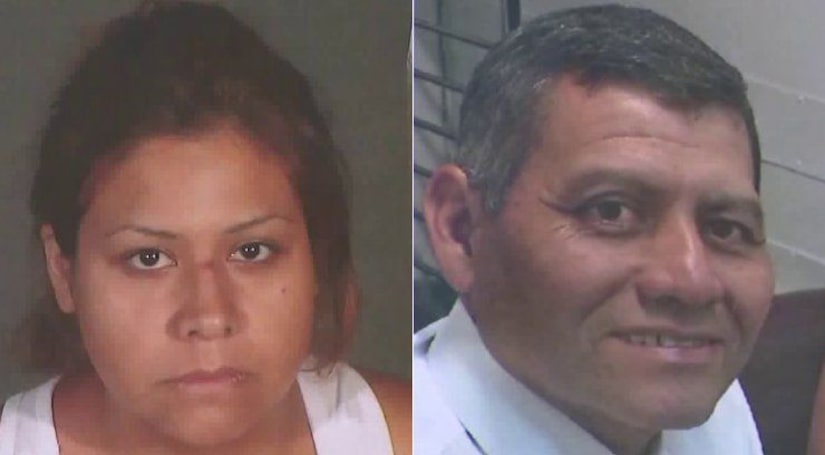 LOS ANGELES (KTLA) -- Following a deadly crash in North Hills and an escape to Mexico, a Van Nuys woman pleaded not guilty to murder and other charges Wednesday after authorities say she killed a father of two in a DUI crash this past Father's Day before fleeing the scene.

Maritza Joana Lara faces felony charges of murder, hit-and-run driving resulting in death or serious injury to another person and driving under the influence of alcohol and a drug causing injury within 10 years of another DUI offense, according to the Los Angeles County District Attorney's Office.

Her next court appearance is scheduled for Nov. 6 and her bail has been set at $2.13 million, according to prosecutors. She faces up to 31 years to life in state prison.

Lara, 27, was allegedly speeding north along Haskell Avenue when she ran a red light at Parthenia Street while driving a white 2016 Lexus IS 250 that belonged to a relative. The sedan struck the driver's side door of a blue 2005 Nissan Murano being driven by Francisco Hernandez Rivas just after 5:30 a.m.

The 48-year-old father of two was pronounced dead at the scene.

As Rivas' SUV was left flipped upside down on a front lawn, Lara was captured on surveillance video calmly walking away from the wreckage. The collision itself was caught on video that shows the SUV skidding off the road before landing just outside a home.

Four passengers inside the sedan Lara was driving were all left critically injured, authorities said. They later recovered and were listed in stable condition. 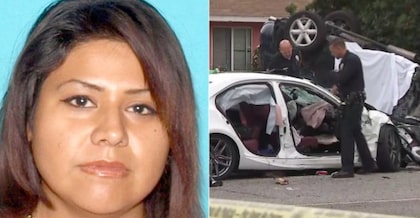