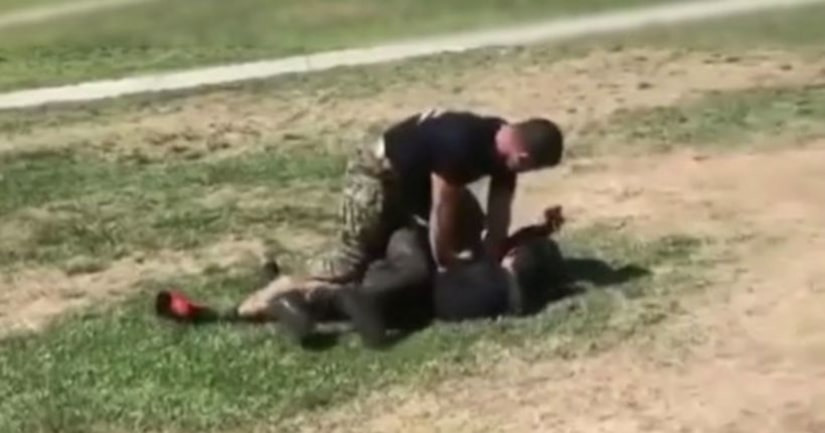 A video shows a Marine, who was on Edison High School's campus to help with military recruitment, sprinting toward two students mid-brawl and tackling the pair to the ground.

“I was upset. It was upsetting to see that someone would do that. I just think it was unnecessary force,” said Edison High School parent Mario Patiño.

The incident is now at the center of a Stockton Unified School District investigation and has left some parents outraged.

“This is a grown man that's extremely well-built, obviously,” Patiño told FOX40. “And from the impact that you see, he took down these two kids with no second thought. He just took them down and hurt them and that's not OK.”

Many said there were better ways to break up the conflict.

“An adult should never put their hands on ... they're trained to deal with situations in a different way,” said parent Sarah Savala.

Other parents said the Marine's actions were justified and he helped stop the fight from escalating further.

“It could have been a little less of a tackle but I believe in discipline. These kids were not behaving. Someone's got to stop it,” one parent told FOX40.

The U.S. Marines Corps identified the recruiter in the video as 18-year-old Josue Valdez Sarmiento, a recent graduate of Edison High School.

A military spokesperson told FOX40 they are proud of the Marine for responding to what appeared to be a dangerous situation but noted his actions could have been improved.